I received a survey in the mail today - and it got me thinking.  Taking time out to waste half an hour/complete the survey (some general household thing) I was considering how utterly useless such surveys actually tend to be.

Example: Q: How many hours each day do you watch the following:

Next to each option was a tick-box affair with the categories of:

Now I was genuinely struggling to complete this question.  I might start watching something on TV2, flick over to TVOne for the news and then watch something on TV3.  My total viewing time may be less than an hour.  Considering I've watched something on three different channels, that would give a total according to this survey of a maximum of three hours (if I tick the 0-1 hour box for each channel) - with the minimum time being completely arbitrary.  What is even more useless is that the information I've provided is essentially meaningless.  How can I communicate, in a closed questionnaire my flicking between channels in order to watch programmes for completely different purposes.  What is the MEANING of the measure?  I might have watched TV2 for twenty seconds.  Does that count?!

This got me thinking about psychology.  If, like today, I'm forced to perpetually choose the 'least worst' option on an arbitrary measure of daily TV viewing habits (upon which one would presume no 'serious' consequences will occur if I randomly select any box) - what does this mean for psychology as a science and participants routinely undertaking a battery of psychometric testing?

Attitudinal measures are a prime example of how the drive to define, measure and ultimately predict human behaviour has stripped the very behaviour it seeks to understand from the context in which it is embedded.  Similarly, in the UK health system - if one visits a GP surgery feeling particularly 'down' - it is more or less guaranteed that the GP will whip out the 'Hospital Anxiety and Depression Scale' or other psychometric equivalent in an attempt to 'assess' the emotional state of the individual by recording the frequency and severity of reported symptoms of depression, according to a predetermined set of diagnostic criteria - namely the DSM or ICD-10.  This is then used to base further treatment decisions upon, with a diagnosis of depression being delineated into 'mild' 'moderate' and 'severe'.

Since the development of the Likert scale in the 1930s, the apparent ability to identify and measure in a scalar fashion the extent of an individuals attitudes, beliefs or opinions towards an object, person or phenomena seems to have held a somewhat seductive allure to psychologists.  One only has to cast a glance over the sheer volume of available attitudinal research to see that psychology has, historically, been in pursuit of 'proof'.  However, 80 years after Rensis Likert first produced his method of measurement - where has it brought us?

In reality, not much further forward.  The advent of such measures has, over the course of several decades spawned countless models of social cognition, in a quest to examine why attitudes are indeed such poor predictors of behaviour.  That such models have largely remained unable to answer this question has seen the models expand - with the diagrammatical boxes and arrows of social cognitive models merely increasing exponentially to fit the latest theoretical assumptions. The expansion of the Theory of Reasoned Action into the Theory of Planned Behaviour is one such example.

So back to my original survey-related dilemma.  Perhaps it is not the seeking of quantifiable knowledge which is the problematic, but rather the method of doing so in relation to the research question.  As human beings we are all too happy to box things off into tidy discreet categories - after all there's nothing quite so satisfying as p<.05, or as frustrating as a statistical outlier, is there?  Perhaps it is that human behaviour doesn't quite so readily lend itself to numerical analysis as, say, particle physics does.

So how did I answer the questionnaire?  Ticked all of the boxes and wrote underneath 'changed between channels to watch news/soap opera/drama' - I wonder how that will get coded in the database?
Posted by Unknown at 01:52 No comments:


There's something about writing journal articles that feels like a game of snakes and ladders.  At present I've just landed on a snake - you know that big one where you go back to number two or something.  And that is without a peer reviewer in sight.

My article writing of late has been a process largely made up of the following:


*DISCLAIMER: This is how NOT to write an academic journal article


Jesting aside, writing journal articles can sometimes feel like a futile task - particularly in the early days of PhD-dom where the practice is not yet reflexive... does it ever become reflexive?  One would hope so, given the sheer volume some sigh-entists manage to generate.

Anyway, enough procrastination - time to roll the dice and hopefully land on the ladder of linguistic enlightenment.
Posted by Unknown at 19:57 No comments:

Being one year into my PhD (hooray), and from the suggestion of a friend - I've decided to procrastinate in a (slightly) more productive way than spending countless hours on Twitter and Facebook.  Not that these aren't worthwhile social pursuits and are guaranteed procrastinatory tools, but they are rather unproductive from a 'getting PhD done' point of view.

So, in an attempt to channel my procrastination into something slightly more intellectual, I've decided to start a blog.  Said blog aims to capture the misdemeanours of the life of a PhD student together with general ramblings about psychology and social science-related 'stuff'.

I'll leave you to decide whether or not this proves a worthwhile endeavour... 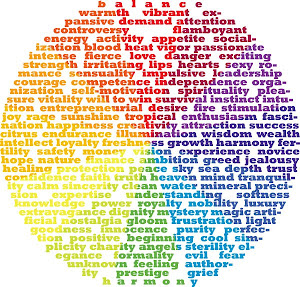